House of representatives on Negev

Yael (야엘, Yael) is the character of Denma.

He's Denma's client. He's the clerk of the house of representatives on planet Negev. In Yael Road (1), he sends a mail to Ms. Anne, who moved another planet. He's harassed by his colleagues there, but he still does his job. Colleagues talk to each other why does Mr. chairman always give chances to Pico. Outside of the House of representatives on Negev is a mountain resembling Mount Rushmore.

In (2), colleagues who heard the chairman coming here are throwing trashes on his desk. After a while, chairman looks at his desk and rebukes him. He looks at the mountain resembling Mount Rushmore. He attends a luncheon on the B6. At this time, Denma arrives at him and handed over the parcel, asking for a signature, but at that moment congress is collapsed.

In (3), he appears in the wreck with blood on his face, Denma looks at him and surprises. After seeing the chairman on a column, Denma uses his powers to break it. Yael asks on a senate he and Denma to way through the fragments.

In (4), chairman is opposes Yael's permission. Then, after hearing the words of a senator, chairman is quickly accepts it. A senator who has seen this situation, he contacts someone. Yael opens the parcel and takes the enclosed memory out of the paper that says "When life gets beyond tough, check this memory card". After that, he attaches it to the bracelet, ties the clothes and connects with the rope and starts with Denma. At this time, Denma is recalls. A station staff of channel 3 asks Denma to help Yael's live broadcast in the exclusive. And at this time, he also asked to don't let Yael become aware that he's on TV.

Denma asks Yael to take a short break, recalling the second team the network required was to keep interviewing Yael and carry on the conversation. And Denma asks him whats secret of his stamina. He says when he was in elementary school, the after school clean-up duties were assigned to the slowest kid in a running race. He was always the last to finish because the others only needed one stride per his two Pico strides. And to top it all, he had to skip dinner if he didn't get home in time. Because the orphanage, the place he called home after his father's death, had very strict meal hours. Miss directer said he just take two strides for every one stride others take. He was so dismayed and angry, so he decided to do as she said and doubled up his pace. and now he have strong endurance. Then he and Denma and Cell meet a dying Pico man. The Pico man gives a necklace to Yael and asks him give this to his daughter, Amela, in district-3 Gihon, who is supposed to come out of her tub today, to her father, who deliver his words to her that he's sorry that he let she live as a Pico. Yael says that he can't deliver his last words. And while his father wasn't a Pico, so his father hated himself for being the proof that his life is a failure, but he began to say a word of cheer.

Then he goes to the road again, saying to Denma that he don't know what's gotten into him. Then Denma asked him he got the parcel, and he put it in a bracelet. And he says Anne and asked did Denma ever heard of Devarim. In the past, it happened that the girl, who was had a crush from Yael, committed suicide because she's Pico. And after Yael was beat up by the child of chairman of the school board who laughed at the girl's death, he decided to stop drinking Nectar so he could die by continued care pushed, Counselor Anne tells her vision that through her dreams, she saw Yael being the savior of the Negev and being carved his face onto the highest part of the national memorial and being praised as "Lord Yael". Yael says to Denma that the dream saved him.

Denma reproaches Aaron, jealous Yael, who is blessed with Devarim. Yael says he has given hope to his life with that dream. Then as it passes through the narrow passage, the passage collapses. Denma, who is in the spirit, takes a strange shape and performs cyclic mass exchange to break the debris and escape. But Yael had broken legs. Cell is said to be more than an hour longer than the based on Denma's moving speed so far and accounting for Yael's injury. At this point, Yael opens the memory card that Anne sent. Anne in the memory card is says this story was lie that she had made to encourage Yael, and invites him to come to planet Terra, where she had a big success in her started an academy.

Yael asks to Denma if he don't make it out here in one piece, he tell Anne that she doesn't need to be sorry. And he says it's actually comforting to think that he literally have nothing to lose. He can't afford the time to give up. And he climbs through the collapsing road, but he loses consciousness because his injury and fatigue.

The rescued Yael wakes up at the hospital and looks at the cloth. Previously, Denma hit the cheek of Yael, the robot and Denma's goggles are arrives. Denma wrote the cloth, when Yael's blood shed 'DAMN! 30% ... TT CHEER UP!!" At this time, Chairman who came to Yael came out of the robot and said that it took him 40 years just to get to the celing. But Yael made it to the roof in 4 hours. And when Yael is done with the rehabilitation, he told him to come to his office. Yael remembers when Anne tells story is fault. He sees the outside and sees that he become the heroes of the Negev.

The Negev congress 50 years later, Amela becomes a member of the congress. Amela's daughter, who isn't Pico, takes the slides to YA·EL ROAD and heads to the chamber. Amela tells her daughter that when congress was attacked by terrorists, her grandpa said his last words to her through LORD YAEL. "My dear child, I believe in you and I love you." At this time, Noah, a member of the congress near Amela, is interested in Amela 's daughter.

In God's Lover (8), Denma's memory after Yael Road was deleted. Denma asks how's the recipient at the congress buliding, and Cell answers, fortunately he survived alongside him. Cell thinks right now Denma's memory after the building collapse in planet Negev had been completely wiped out, and Yahwah told that she doesn't says anything funny. 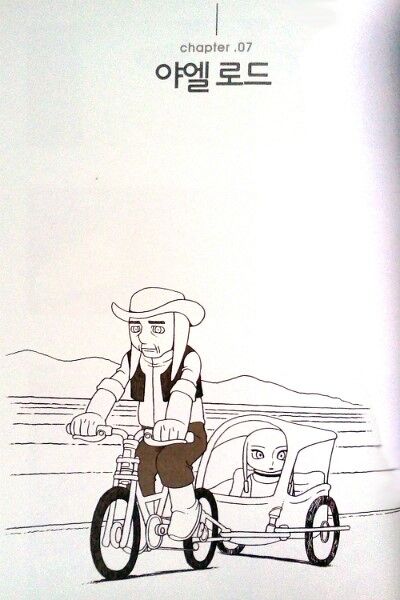 Retrieved from "https://denma.fandom.com/wiki/Yael?oldid=14357"
Community content is available under CC-BY-SA unless otherwise noted.