Human (Terran), those who immigrated from other planets, including Negevian

Terra (테라, Tera) is a planet in Denma.

In A Dog of Pamana, Jinu moved from Pamana to here 20 years ago. After the delivery, Denma and Cell goes to Jinu.

In Captain Hardok, Edom goes to here to remain safe in the immigration records. 3 months later, Edom lives here as a milk deliverer and becomes a orphans' sponsor. The next day, Edom takes a photo with the refugee children of the Turtleship, Min-G, and Edoms who came to him.

In Yael Road, after Anne moved from Negev to here and started an academy, and it became a big success. Life on here is like living a dream. People call here a utopia. A lot of Negevians have moved to here to escape discrimination. And the Terran government has been kind enough to offer free Nectar for hard working Negevians.

The committee asked the Duke of Gosan for arbitration. Gosan says to his butler that if he doesn't take the committee's gift they'd suspect him when something happens. Gosan orders to the committee that he wants the popera artist Hitas from their planet Bella to perform on the road whenever he wants. Gosan's butler says the Hyponne family don't use the battleship, and instead to take a passenger ship. Gosan orders to loaded the brand new anti-gravity bomb into the the Hyponne family's passenger ship.

The culprit tries to use the robot as an avatar to activate the bomb on the passenger ship of the Hyponne family. God finds a bomb and says this isn't from the planet Bella so it wouldn't there be a manual. But the culprit is stopped by God. God uses the robot and motorcycle to carry the bomb somewhere. After God stole the bomb, the butler of Duke of Gosan reports to Gosan that the bomb was stolen. Daniel, who received Gosan's orders, to beats God, who's cafe's robot and bring the cafe's robot and culprit to here. God thinks the cafe's robot is disconnected and it means that it's outside the network.

God visits and bring a bomb for gift to the owner of planet Bella and says there's someone who's trying to start a war between Bella and here with this and if he didn't stop a bomb from getting assembled, it would have a war. At this time, Daniel is teleports and comes and knocks down the robot and brings the owner of here to the Duke of Gosan. The owner of the planet returned safely in a few days drunk. The owner of planet Bella grabs God and says his gift saved here plus, he has a sworn brother now and he knows he's the ghost inside the network. They made a deal.

Snowy hair tries to call to Master Gosan because he mentioned Carlburn Quanx Legion before, so he'll ask to him. Gosan gets the phone.

Orange hair reads a box and truck's memories and he reads a device which is with a box's memory, cut, and moves it to his hand. Orange hair thinks with this alarm device, he can lure OBs into the time and place he want, splendid, but first, he needs to see the Duke. Orange hair and a box teleports.

The Director of Pax Industries meets a lot of nobles who expected a high profit.

In 15. A.E. (3-2), 6 months later, Gosan sees himself coming to the emergency call and wears a bread bag on his head, and says if it's not an emergency, he'll do something. 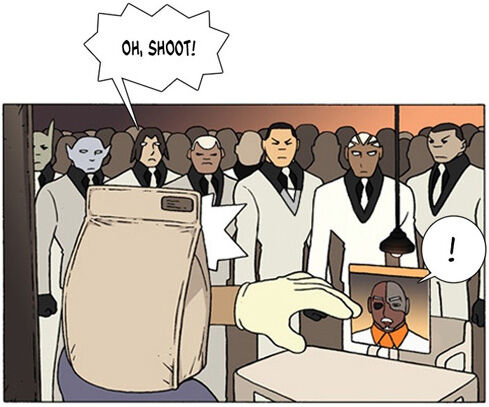 At this time, the bodyguards are gathered and the Director of Pax Industries is on the screen. Gosan asks why did the Director of Pax Industries summon his White Police Guards. The Director of Pax Industries answers it's for Gosan's own safety and there's been a riot at Silverquick's station 7 and Quanxs are escaping. When he taps on a calculator, the Director of Pax Industries says this is no time for that and this could be a real threat to him because the leader group of rebels called the Apple made an encrypted document and he found his name on it, and it looks like they're trying to use him to protect them after they escape. Gosan laugh and says now everyone's trying to, so those filthy Quanxs are trying to make a deal with him, so let them. Then Dike and Ringed Baldhead come to Gosan. Dike asks he's the Duke of Gosan, and he introduces himself as the Invincible Death from Urano. Gosan says Dike doesn't look like the Invincible Death though, and he doesn't know how skillful Dike is but the intruder is exaggerating himself because his 100 White Police Guards that are standing in front of him right now, and they're all Hyper-Quanxs. Dike says he just killed one of Hyper-Quanx on the way.

The fifth son calls and says to Soobin that a strike from courier service employees turned into a violent protest and he doesn't know exactly what's going on though, all he knows is that it also stopped the logistics business at other Silverquick's stations, and it's also affecting their schedules indirectly, so, he's going to has to take care of some paper works for him. Soobin says he got assignments of his own, and he need to focus on school work. The fifth son says it won't take that long and asks what about his baby then. Soobin says that's because they're a college couple full of love, and May is loving it and he's her servant, basically. At this time, May calls Hawk and she has the nanny on the side. Soobin says he'll review the paper works and send them to his asap, and the fifth son says tell May that he said hi. After the call, Soobin reads to the Puss In Boots for May. May thinks black cat then Jewoo. 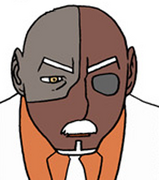 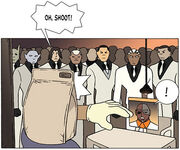 Volume 8, Kuan's Fridge
Add a photo to this gallery
Retrieved from "https://denma.fandom.com/wiki/Terra?oldid=15290"
Community content is available under CC-BY-SA unless otherwise noted.