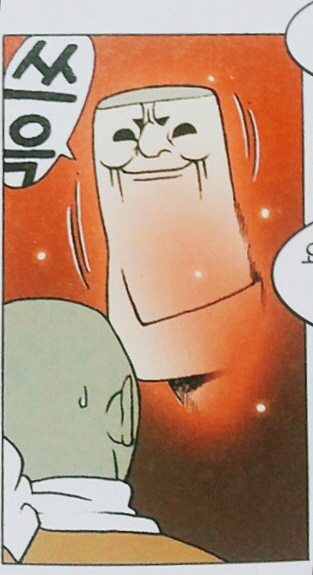 The user can teleport or transfer matter (beings/objects, including themselves).

In Eve Rachel (1), Adams are swarm about everywhere in Silverquick Headquarters.

In 11. A.E. link, Adams can interplanetary teleportation, and in God's Lover (104), Daniel also able to this ability, and he's opening a portal-like circular space.

In A Catnap (7), when the users spread their arms, the rest can grab their arms and teleport instantly.

In principle, this ability requires a three dimensional coordinates in order to move to a new space. If the coordinates are incorrect or overlapping with another space a part of user's body will be blended into something else, which is horrible. And if the blended body part is a vital part of human organs the user would die instantly after teleporting. But fortunately when overlapping happens, the user feel it before teleporting is complete. Teleporting Quanxs can use this to correct the coordinates and safely teleport to a new place. They can feel the overlap of their accompanying people or objects. They can utilize it to put the enemy in trouble or get rid of them. Hades uses this ability to kill the Transcriptome controller.

The users can't teleport to the inside or outside only when Kuan's Fridge is closed.

In The Love Sick of web fiction Record the Quanx - Denma S.E., the No. 4 is this ability user.

The high level Teleporting Quanxs are possible teleport between planets.

20 years ago, June says the skill which is teleport from planet to planet is very few people in the universe can do that.

The White Police Guards is all combat Hyper-Quanxs capable of this ability, but the only few people know about this.

There're lots of Quanxs with filter value capable of this skill, but there're only a few hundred of them, who can actually teleport in the entire universe eight, unlike any ordinary Teleportation, it's a skill that only shows up after enduring the most intensive training imaginable, and even if the people could teleport between planets, there's no guarantee they can open the Kuan's Fridge.

The Teleporting between planets is a serious crime, and if the planetary immigration office ever found out about this three mil won't cut it.

Eve Rachel (1), volume 1
Add a photo to this gallery
Retrieved from "https://denma.fandom.com/wiki/Teleportation?oldid=14896"
Community content is available under CC-BY-SA unless otherwise noted.