It's able to reflect the target.

It's also able to reflect physical attacks. Abigail shoots a bullet which isn't a lead bullet, but Honma reflects this, causing him to have the same wound as another him.

This seems to be the ability to use consciously. Honma can sees the target and uses this ability.

Yahwah has never used it, but after she became a Super-Transcriptome she's seems to can use this ability because she could use Honma and Hades' abilities by Mating.

A Catnap (87)
Add a photo to this gallery

The user is able to reflect energy and energy-based attacks from their bodies and release them in a more desirable direction, often back at the source.

In (97) - Ch.628, Lot says to Gaya that when it comes to a Quanx fight, whoever punches first always wins. Snowy hair tries to use his beam ability, and says that this won't kill OBs but it'll hurt like hell. 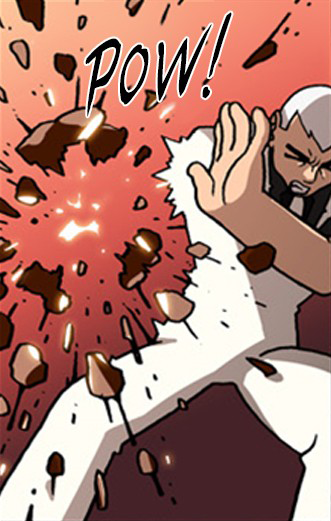 Snowy hair asks to Lot that what did he does to him. Lot answers that it may look simple, but what Snowy hair see here's a combination of not one, but three Quanx powers. Snowy hair tries to use his beam ability, but his left arm also explodes. Lot says it's four Quanx powers, actually, and if Snowy hair count Memory Reading as well, and what he shot at his face, he countered it back so that it would run inside his body, any minute now, it's gonna burst out from the part where his power's concentrated, little by little. Snowy hair angry and concentrates his body, but he explodes and dies.

Retrieved from "https://denma.fandom.com/wiki/Reflection?oldid=13782"
Community content is available under CC-BY-SA unless otherwise noted.