They're bodyguards of El family. 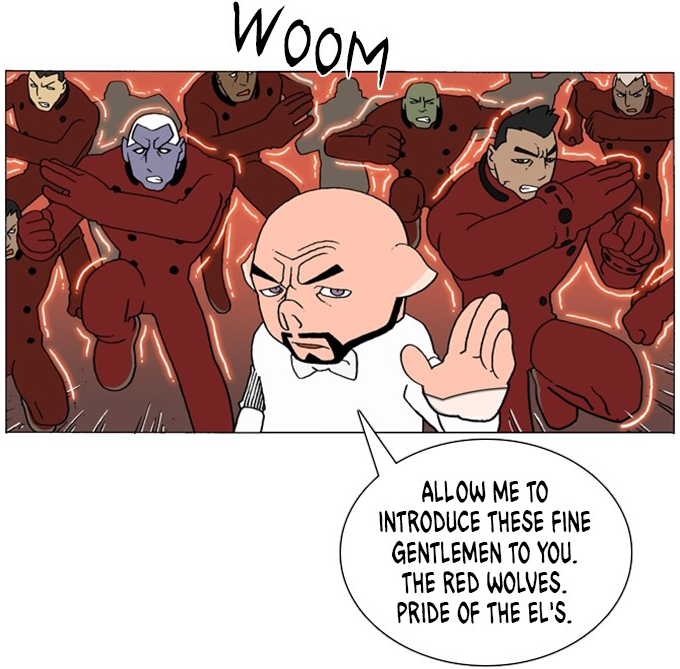 They wear a red suit. This is their costume. 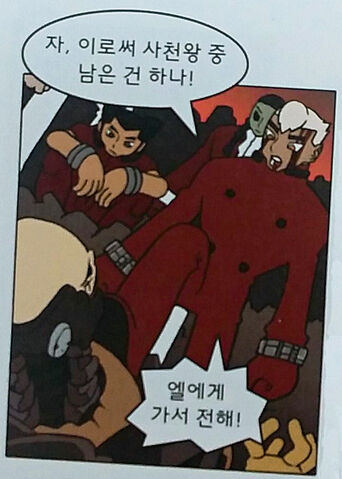 Dike wears that costume. But strangely, Dike doesn't like El.

Kaiser Heubing wears uniform which is like Dike's uniform, and he also wear a wristlet like him. This wristlet can substitute something by matches the mass with some metals in this.

In Volume 10, it mentioned that they've long been training for the war against the Gosan family.

In 1. A.E. (4), Hazz just wanted to see the response time in case of an emergency, so he summons to them, include Kaiser, and one hour three minutes later, the last person gathered, he orders to the senior guard that he should send everyone home except for those on duty. They're annoyed. Hazz says he told El that it takes exactly one hour for them to respond to the emergency call, and that's more than enough time to wreak havoc on his establishment and him for that matter. They've already got three shifts rolling for the bodyguard duty, so there's no gap in between. But Hazz says El's business will expand over time through his connection with the Duke.

In Blackout (4) - Ch.19, just 6 months earlier, at the end of war with Big Four who're El's soldiers, Dike went to frequent bars after hearing that Jet was going to meet Aaron with his colleagues. In A Dog of Pamana (1), Dike was suffering from gambling debts. Dike has a contract with someone, because she looks like Guyrin. And Dike was forced to get a job Silverquick, which is intergalactic courier service. When he woke up, his conscience was transferred to a 12-year-old kid's body suffering from quadriplegia, via a Neuro-scanning socket.

In Kuan's Fridge (124), 20 years 1 month later of 1. A.E. (4), a member calls to El. El says the he told the member not to use the direct line. The member says that he's sorry, but this was an urgent matter El was waiting for, they found where the leader of the Pentagon, Eldgon is. Guyrin is surprised. El says that it's the best news he has heard all day. El orders to Gaya that there's a new task for Lot, so she should tell him to get over here, pronto. El says that at last, he can get the object Quanx bullet out of his head, he'll get his face back and get rid of this stupid mask. Guyrin is alarmed at the news. El hugs Guyrin and says that there's no need to be afraid, and he won't hurt her father, she who's poor thing has his word on that, so don't worry.

The member reports to Lot that Eldgon's real name is Haaken, and he uses Acceleration skills, and he has a very advanced level of his abilities, to the point he's often mistaken for a Hyper, and his favorite color is something. Lot says that why would he ever need to know his favorite color because the member is like Eldgon's fan boy or something, and he asks that where he's. The member answers that Eldgon is in the salon Madeleine on the third alleyway to Lot's right. 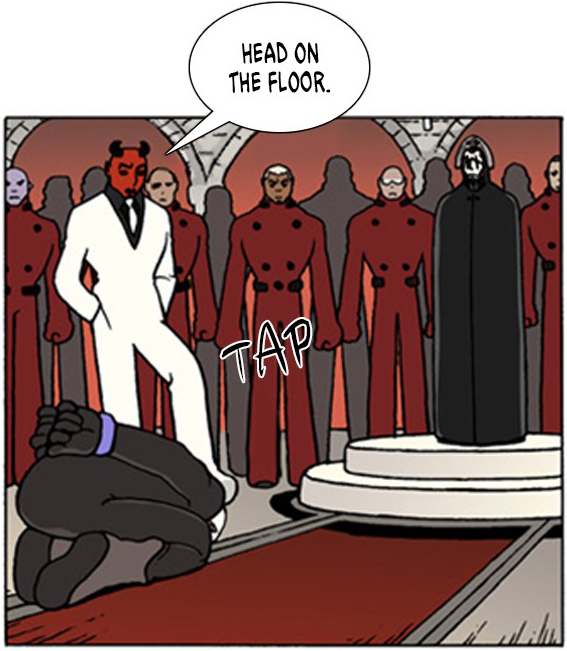 Lot brings Haaken to El who's wear black outfit. Around El are people dressed in red like Dike and his father. Lot says Haaken to put his forehead on the floor. El says that the process of attend on guest is harsh because Lot is a little edgy these days, and he finds Haaken because he want to remove the object Quanx bullet who's stuck in his head in the past and he's still painful and uncomfortable and he want to remove his stuffy mask. Lot smacks Haaken's forehead and shouts that he should answer to El. El says to Haaken that Guyrin is doing good here being adored by he and Cain. Haaken is angry and Lot smacks his forehead again. El says that Guyrin is such an ecstatic beauty because last night when he saw her who's glistening body under the moonlight and he could see Aslin from her. Haaken is surprised. El says that, in the past he really wanted to tear him to get reward for the loss he lost Aslin, but now he has Guyrin so he can forgive him, so, he should be grateful for her and prize her as they do. El orders to Lot that he should treat Haaken like a family with proper manners, so he should take him to the infirmary.

In the White man and Glyph of forehead's funeral, Hazz makes a speech that their deaths are the Gosan family's answer that the old White Police Guards who dedicated their youth to serve them with nothing but loyalty.

There's old White Police Guards in front of Hazz. Hazz makes a speech that Gosan who calls himself the ruler of universe eight wasn't say the acknowledgement for heroes who protected the Duke and he wasn't make a prior notice and handed over the reputation and worth they've built to the new White Police Guards. Hazz makes a speech that he's the chief butler of the El family and when young he was intended ruthless and filled with rage because the apes in power stomped on the weak people so he was beyond forbearance. Behind Hazz are El, them, Cain, Federick, Gaya and Lot, and in front of him, there're White man and Glyph of forehead's dead bodies. Hazz makes a speech that, to get away from it all, he needed a footstool to the next step, a means of stepping on that selfish ape, so he found Nobles of high rank, and when the old White Police Guards hear the Noble of universe eight, he's convinced that the image that comes to their head isn't so different but he didn't matter 'cause they were the means to end for him, but then he met El. Hazz tells that in the entire universe eight, the Noble was climbed up a wall with both hands burnt and ran through a minefield for his butler without any hesitation, and when he woke up, he was shocked him more than the fact that he was still alive, was his blood and flesh on his clothes, at that moment, the means had come to the end and he realized that it was worth dying for him, so this is the tie of blood that's become the symbol of the El family. Hazz raise one hand straight up in the air and says that his brothers and sisters will now leave a strange and fictitious name, White Police Guards, now they'll be reborn as the White Warriors of the El family who establish new order in this universe, he welcomes them. The other people also put up their hand with a rush and shouts. Hazz shouts that on the El's tie of blood, and the people also shouts. Hazz shouts that with the victory of a great White Warriors, and the people also shouts. Hazz shouts that to the glory of the new ruler of the universe eight, and the people also shouts. Hazz shouts that with honor because of the loyalty to El, and the people also shouts. El is just standing.

Aaron carries a pizza-like pie and goes to them. Aaron says that the Devarims just wanted to offer the guards this pie they made. A guard rejects because they're on duty. Aaron says that the truth is he heard that an old friend of his is in that room, and he was just hoping to say hi, it won't take that long. Aaron opens the back of the pie and shows the money underneath to them. Aaron meets Haaken.

In (151), they first mentioned. Cain says to the Head Bishop that this is the answer they've for her. The Head Bishop says that Cain's answer is just as rough as the problem he brought. Cain says that if the White Snakes of the church were to join forces with them and White Warriors, they'll have more than enough to overpower the White Police Guards, moreover, the council is tied up with the aftermath of the Intersecting Space terror, so it's enough to explain why the Devarims chose the El's. Ran sees this conversation through a screen.

Hazz kneels to Cain. Cain wears the clothes a guard is giving. Cain asks to Hazz that did he leave something behind, and did father not give him enough. Hazz answers to Cain that he has returned for unfinished business, when he leave after this operation, he'll never return again. Hazz says to Cain that now they kick off this war. Cain wears cape and orders to them that they'll immediately go over their plans for war for one last time, most importantly, he'll be leading the way for this operation, the Els' heir, he, the new ruler of universe eight, Cain.

Cain orders to Hazz that he should tell White Warriors and White Snakes to be cautious not the be spotted, until Gosan's White Police Guards come into the fridge, and he should prepare them for the possible retaliation of the Gosan's, and he'll coax the White Police Guards that come in to save Gosan, and make them all join the El's, and he'll unify the new and old White Police Guards, the definitive firepower that he held in his hand, shortly, he'll take it all for himself, and just like that, as the El's guards rightfully should be, they'll be the greatest in universe eight.

In Yo! Villains, Dike the Invincible Death wears that suit. 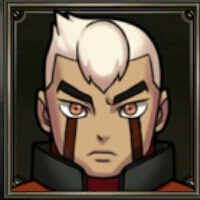 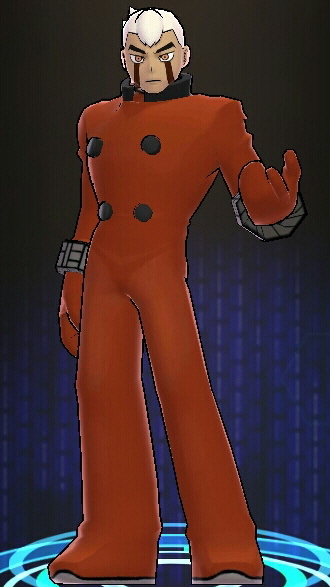 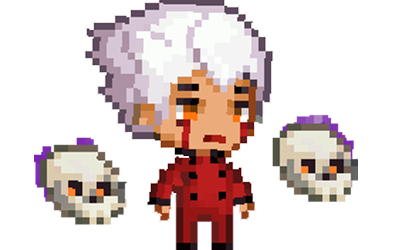 In Densinma with NAVER WEBTOON, Dike wears that suit.

Retrieved from "https://denma.fandom.com/wiki/Red_Wolves?oldid=14209"
Community content is available under CC-BY-SA unless otherwise noted.