Pigear is the terminology of Denma.

The Animal Protection Lab tries to keep them. The female Pigears are pretty and beautiful, which is one of the reasons why the research group was formed.

Hunting Pigears is illegal, but Tanza has never heard of anyone being arrested for it. Plus, the people in this kingdom are busy surviving every day, and they've no time for stupid these. Even the authorities, who're supposed to be watching poachers, are waiting on poachers to give them their share.

There's a Pigear harem in the forest.

The extremely high concentrage pheromone of female Pigear can lure these. So one small drop, and people will be surrounded by all them within 2-mile radius. They even threw themselves off the cliff over it. Jet hears Bon's answer, he becomes angry and tells her that he isn't like them. The female Pigear's blood is might not be as effective as the pheromone extract, but it's able to lure them. 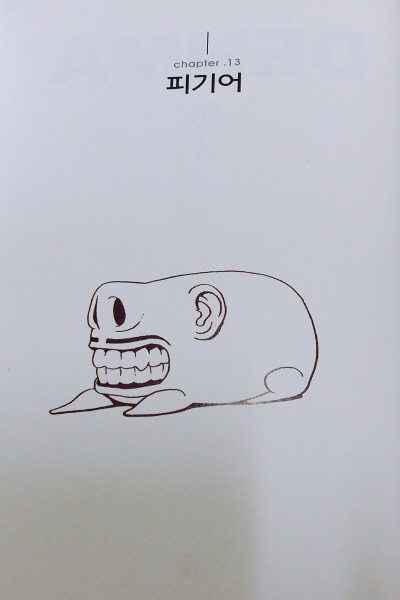 They've huge hideous nostrils, dirty mouth, ears occupying most of their faces. They're generally funny looking reminiscent of a mustache middle-age man. Jet thinks this is a self-deprecating joke from god. The people ridicule them for their ugliness.

They've a similar cry to a regular pig, "Oink! Oink!"

They smell like rotten saliva of an old perverted man and it stinks.

They just eat out of mud all day in the forest. The people madn at their dumb life of digging dirt all day, and throw rocks at them. They spews out the red berries. Fat pigs that dig and eat dirt all day, one might think. But they're actually processing food, not eating. They process the dirt into red berries which female Pigears can eat. Basically, they work all day for female Pigears.

They stink when they breathe. If their nostril stabbed, it messes up its organs of balance, and it can't stand up.

They remind the people of their old man at home. Because they look alike, they're both big, heavy, and cowardly. Also, they don't know how to fight back when they're bullied. They dig into mud all day, loud, incompetent, stink. And they chase after woman whenever they've the chance. They're called bag of trash.

Mu often looks at them and remembers her father.

Some of them die on the street due to pollution. The industrialization forced many weak Pigears out of their territory and got them exposed to toxic industrial waste.

Losers, bums, cowards, trash... That's what people call them on the planet with Pigear. The lowest working class men also call themselves.

They often fight for territory, and usually the loud ones end up winning.

The loud noise, bad odor, and the inherent weakness of not fighting back often don't end well for them. Because killing Pigears can be an amusement on the planet with Pigear. The people kick them for being noisy and smelly.

These so called loser animals that don't even taste good are actually quite popular in the outer planets. Since Pigears can't be grown on other planets, they're exported under the control of the depart of agriculture. With the kingdom in void of power due to current political warfare, poachers are swarming in from all over the country to get their hands on this distasteful meat.

When the baby dies, it means someone broke the rule. At this time, it's useless to spray them with pheromones. The one thing people should never hurt it's baby. When the code has been broken, the female Pigears call them. Those who're called by female Pigears, they cry "Squeeeeeeeal!" They start swarming in, and they attack anything that could be a threat to their babies, until the female and baby Pigears stop crying. It's presumed that it's a taboo among the people because the problem was caused by hurting the young Pigear.

Tanza lost his sworn brothers because of the Pigears. Probably because of male.

They've the ability to bite and cut, and have the intelligence to dig through the ground so ignore space trap. And they ignore the broken legs and have the persistence of destroying the transport ship that ran away.

If the threat is over, they cry "Keyaaaaaa! Wheeeee... Wheeeee..."

In the end, it's revealed in the episode Pigear that protecting the Pigears is the Pigear themselves.

They're first mentioned in Pigear (6), excepts for episode title, Pigear.

Their pheromone is extremely high concentrage that can lure male Pigears. So one small drop, and people will be surrounded by all male Pigears within 2-mile radius. Even male Pigears threw themselves off the cliff over it. When people sprays it, they're falls asleep. It have been approved by the Food and Drug Administration, and these're safe on humans, and the classification is cosmetics and it's perfume. It's faked on paper to clear it through the customs because these were created outside the kingdom and its jurisdiction. This is Mario's package.

Their blood is might not be as effective as the pheromone extract, but it's able to lure male Pigears.

The servants let them loose in the forest behind nobles back. The servants set nobles up with the staff of The Animal Protection Lab who helped nobles to adopts them in the first place.

They can be a queen among them. The queen is Sylvia, who was adopted to Mario.

A poacher thinks that anyone around these creatures could end up like Mario. They look like a completely different species though. Closer to human, and more pretty and beautiful. It's one of the reasons why the research group got formed. Mu's colleague who was a poet once said, "God created a female Pigear, and then created the universe-- to show her off."

The lopsided 50 to 1 male to female ratio forces male Pigears to constantly chase after them while sick aliens from other planets desire to fulfill their fantasy with them. And these only placed more prejudice on Pigears.

In Pigear (17), they show their white hands. 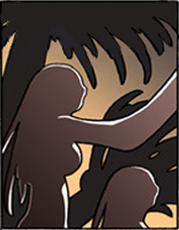 Then Pigear (19), their silhouette comes out.

They don't show their concrete shape. This is the first macguffin in Denma. So South Koreans painted their imaginary pictures. See trivia.

The people should never hurt them. It's the rule. When the code has been broken, the female Pigears call male Pigears. The male Pigears start swarming in, and the males attack anything that could be a threat to their babies, until the female and baby Pigears stop crying. It's presumed that it's a taboo among the people because the problem was caused by hurting the young Pigear. 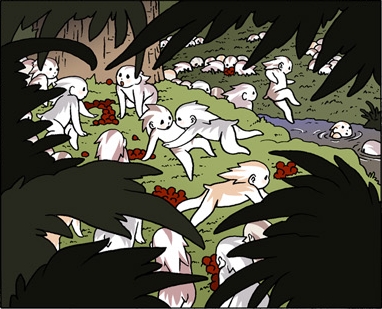 Since the male and female ratio is 50 to 1, almost all of them are males. Jet tells Mu that he isn't convinced that the cute creatures are supposed to turn into giant nostrils. 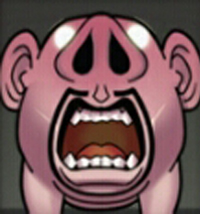 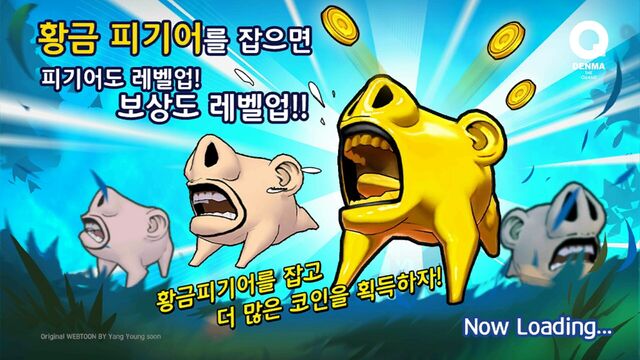 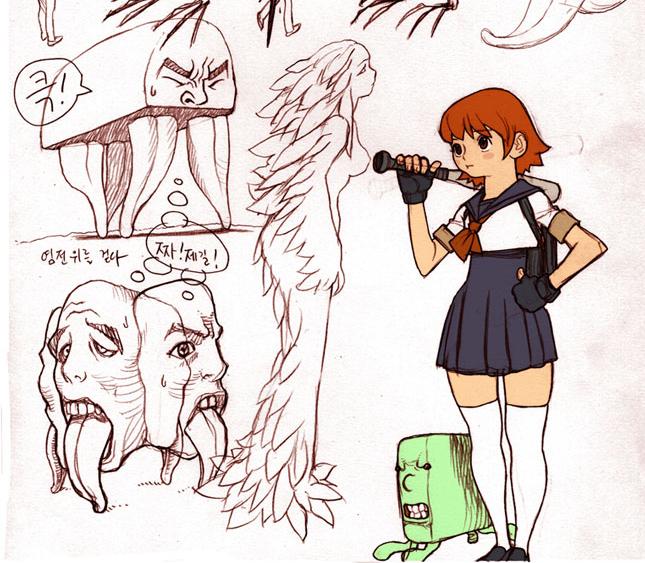 Retrieved from "https://denma.fandom.com/wiki/Pigear?oldid=12389"
Community content is available under CC-BY-SA unless otherwise noted.