This is a different privilege class than the general public.

In Sixteen (10), when Baron Hussadin came out, it was presumed that he was a nobleman, because his peerage came out.

The Patron is a nobleman who makes a huge donation to the Church of Madonna and private worshiped by Deva as a reward for it. Patrons may use Deva for personal enjoyment, and Devas may be used by several people for business with nobles. One example is Baron Hussadin.

It's similar to a businessman when they operates company. These are similar to chaebols.

The baron can even call in an army if they ask the counts.

The servants let the female Pigear loose in the forest behind nobles back. The servants set nobles up with the staff of The Animal Protection Lab who helped nobles to adopts them in the first place. The female Pigear are very sought after as pets from the these of Mu's planet. The owner's clubs are very active as well.

The United Universe Keeper Army is heaven, so the kids from the upper class all volunteer to be here, because the duty is easy and safe, and they can get paid a whole lot more, and they can get to play around with young and beautiful noble ladies.

The marriage is a huge business for them so some people thinks they can't have the blood of the lowest class from another planet mixed with their blood.

Those who possess more than the size of their heart see people as things. The only time that their view changes is when they see people who possess more than them. Their life wasn't about making relationships. It was more of ranking themselves. They expected them to do more for the lower class than they do for the superior class that they faced. 'The reason that I don't possess more is all because of you.' That's the way they saw them. It's humiliate. A couple minute talk with them will tire the lower class out. Of course, there're exception.

The Hyper-Quanx market in universe eight has grown at an incredible speed, and the main clientele being the wealthy nobles, and they never cease to fight over who has more territories, and it goes without saying that the inevitable violence calls for more firepower, but the U.C.S. strictly forbids any individuals from arming themselves, that's why they started looking for Hyper combat Quanxs as an alternative, and nobles are willing to pay anything for the firepower of a single highly-trained Quanx. The Quanx trainers or dealers search for kinds of battle Quanxs with potentials and help them reshape, so they can get the treatment they deserve as vigilantes of nobles. The Hyper-Quanxs doesn't just accept anyone who knocks on the Quanx trainers or dealers' door, and it won't easy, and after they pass the test, they still have to undergo three years of training which is that only 10% of the chosen Hyper-Quanxs endure through.

The news of Church of Madonna joining hands with the Gosan family's got out, which attracted a lot of nobles who expected a high profit, so they joined the church as new Patrons, and they saw it as an opportunity to like up with them, however, there were no immediate gains. Rather, the nobles were left with debts after faulty investment offers, and if they showed any signs of protest, they'd to deal with the White Police Guards, and after Gosan robbed them of everything, they quit the church, and they shared their stories of how they were wronged, on top of that, groundless slanders and rumors about the church body began to spread, some parishes even closed down recently.

There have been many nobles regular customers in Manoah's restaurant which is in the planet Urano, fellas that couldn't even dream about seeking their fortune because of their positions started to rush in from all over the place, half of those guys are idiots, who've the pipe dream that they just might be able to rise in status by bootlicking a noble, and the other half have actually put in an immense amount of effort to make their dreams a reality, talented individuals that the nobles need, and one or two of them are heroes who've the terrifying potential, to create a new order in universe eight. 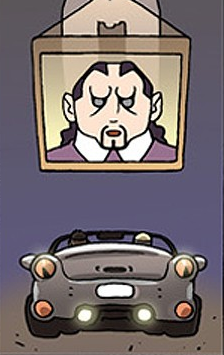 Retrieved from "https://denma.fandom.com/wiki/Nobility?oldid=14093"
Community content is available under CC-BY-SA unless otherwise noted.