It was serialized 1998, in the Young Red, I.Q. Jump which are comic magazines.

It was unfortunately ended.

In the 25th year of the Gwangmu, the chiefs of Enoch's neighborhood (administrative division) are have a fighter (or warrior) class called Ssaurabi. Iron dogs are belong to the fighters. All of fighters have been converted into cyborg arms. They compete with each other and battle. Here people dress in like school uniforms.

The main character is Abigail. Abigail has a scar behind his head. Abigail meets Eugene. SF-style denomination also appears here.

In Denma, 1. A.E. (12), 20 years ago (about 10 years ago in this work's timeline), Mole Face thinks the space division must've created several versions of Abigail, and that incident at the Palace is really getting out of hand.

The planet Gaia is revealed in The Love Sick of web fiction Record the Quanx - Denma S.E.. On the surface it's a religious organization, but Gaia is under the control of the Church of Madonna, which is just a terrible cult. Gaia is notorious for a prison, to punish each other until they die, after cutting both arms (거완형, 距腕刑) of the troublemakers or wastes in the church and attaching iron dogs in there. This prison, all the prisoners are prison guards, and all the prison guards are prisoners. They're also trained as a battle for life. 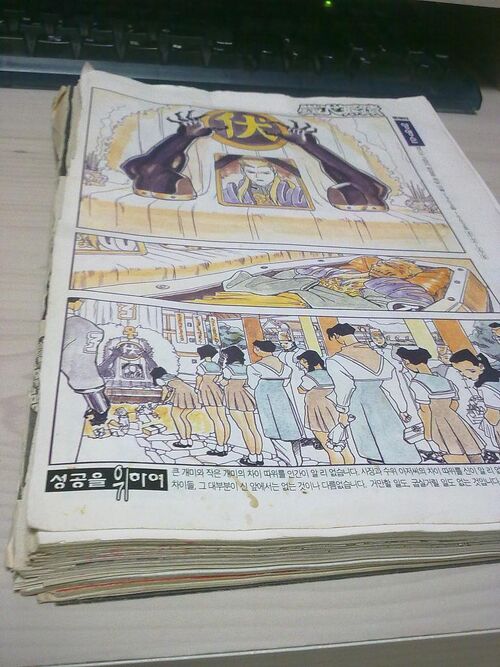 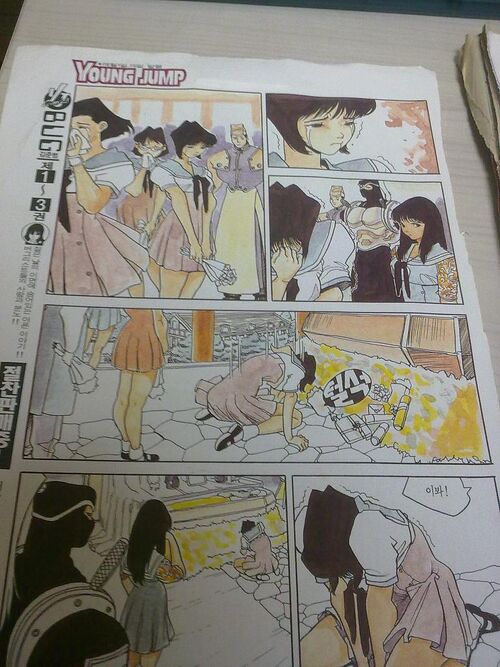 Someone's funeral is holds. There is '伏' on it. 伏 means 'crawl', however, this work means that the (iron) dog (犬) became a person. In other words, if an iron dog becomes a person, it means that he has to die. A girl who's wearing a school uniform is cries. Eugene and guard are see this. 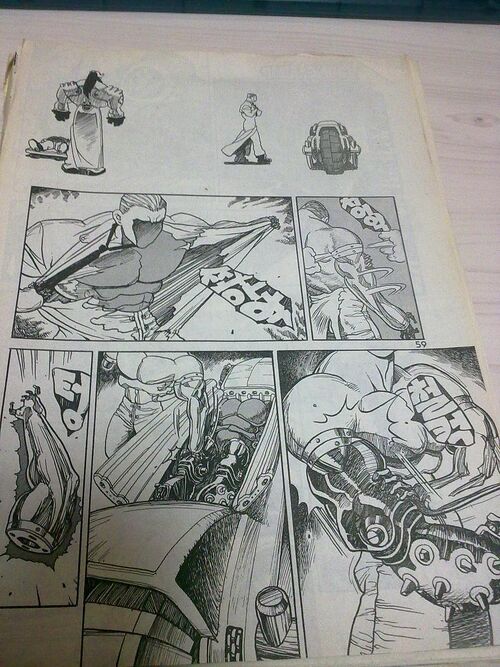 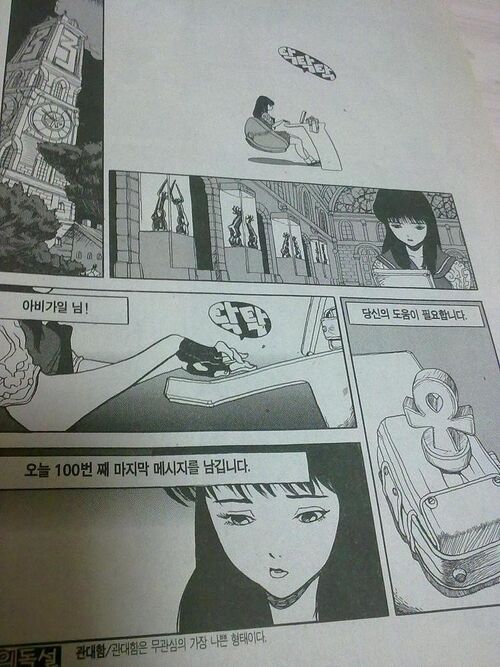 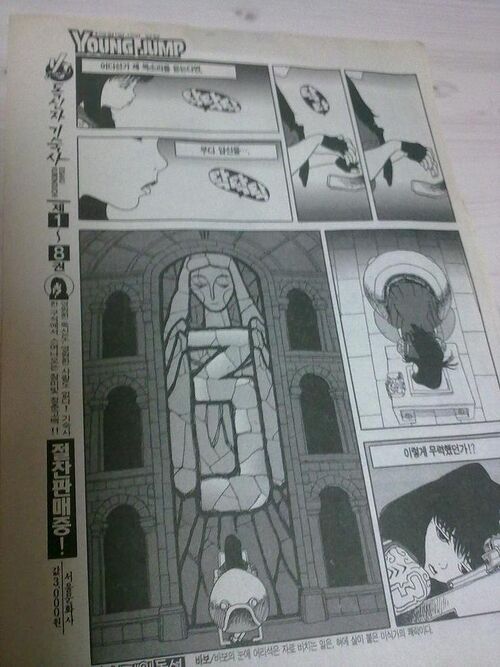 Eugene types a letter to Abigail. The contents of the letter are as follows. 'Abigail! I leave your 100th last message today. I need your help. If you hear my voice somewhere, please...' Eugene stops typing a letter and falls helplessly on the desk. Eugene thinks she's so helpless. 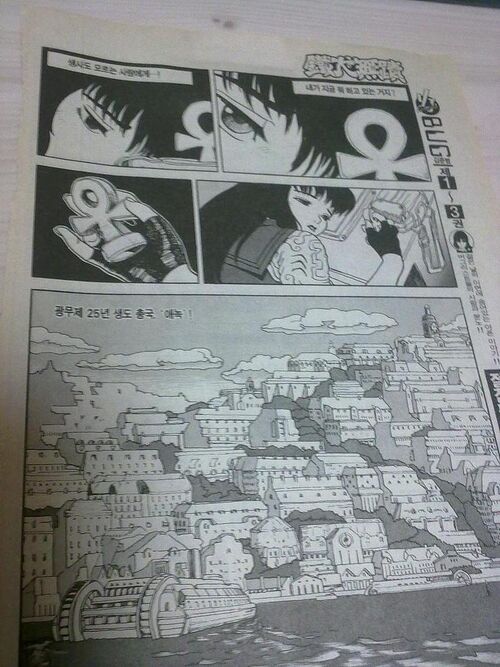 Eugene doubts about what she's doing to a person who doesn't know if Abigail is alive or dead. In the 25th year of the Gwangmu, Cadet General Country, Enoch. 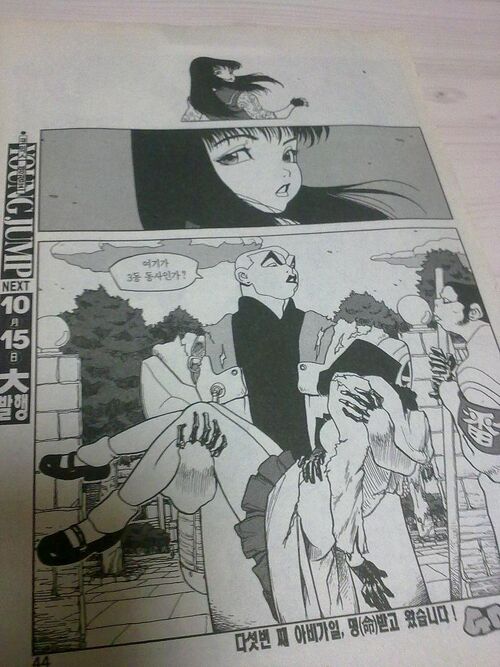 Eugene sees Abigail. Abigail hugs a girl and asks someone that if here's 3-dong office. 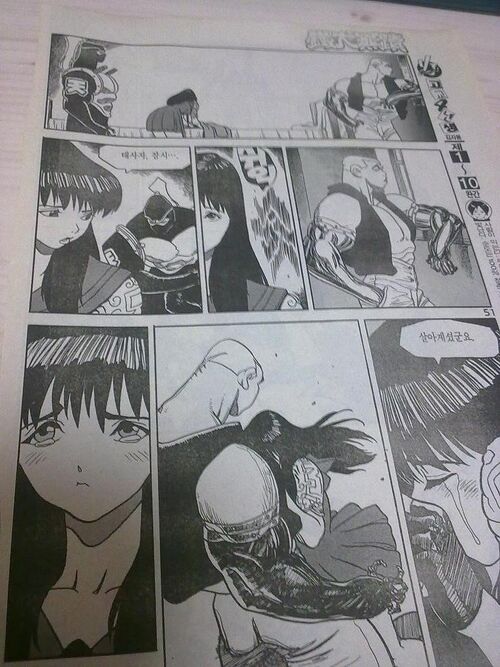 Eugene orders Taesaja to leave for a while. Taesaja is teleports and disappears. Eugene hugs Abigail and cries and says that he's alive.

1001 bonus pic - Abigail
Add a photo to this gallery
Retrieved from "https://denma.fandom.com/wiki/Iron_Dog_John_Doe?oldid=11460"
Community content is available under CC-BY-SA unless otherwise noted.