He's Denma's client. He's captain of Edoms, who are pirates from Recca. Edoms heck the prisoner ship headed to Carlburn. He turns the face of a death row convict into the face of Weygun, the warden of Carlburn prison. At this time, Nasty Jade infiltrates a pirate.

Edoms are try to vote for the captain. But cap'n Hardok took the ship's wheel, Edoms kinda became like Robin Hood and his merry men and the crew is actually enjoying this atmosphere. Hardok sees a photo of a woman and a girl. But he's kidnapped by Nasty Jade and arrested in the Carlburn prison.Weygun explain that his arrest and sentences aren't Weygun's work alone.

They are seems that the ones running planet Carlburn, the sons and daughters of the congressmen who died in the Turtleship accident. First is colonel Sean, late senator Kay's son. He dispatched Nasty Jade to C.T. unit to catch Hardok. It would normally take a year to get an extraterritorial jurisdiction from U.C.S. just to drag Hardok into courtroom of Carlburn from planet Recca. But, it took less than a minute with the aid of miss Pate, a member of U.C.S. and also the daughter of late senator Dalton. Interplanetary prisoner transfers are usually strictly reviewed and controlled by border patrols. Hagen, the assistant director of planetary immigration services and also the son of late senator Karl, helped us skip long line. Weygun would need a direct approval from the commissioner himself in order to face you before trial. Commissioner Kuitch, the son of late congressman Marco help him. Dr. Gerber, the son of late congressman Drake, volunteered as a physician and lawyer to help out prosecutor. Hardok's prosecutor-in-charge is miss Hachi, the daughter of late senator McGray, also known as the "Reaper of Carlburn." And last burn not least, Hardok will stand before judge Gauss for the grand finale. He's just as cold-hearted and determined as his late father, senator Gore. Captain Hardok, legal name, Hitcher Greg is sentenced to death in 3 days.

He saw a message from the dignitaries. Gauss says that Hardok said they were only following the code of conduct during the evacuation progress during the Turtleship incident. But that was a blatant provocation against the upper class of Carlburn, which clearly is a class based society. So Hardok have merely conspired to overthrow the system under the notion of saving trashy refugees. At this time, a call comes to Weygun. 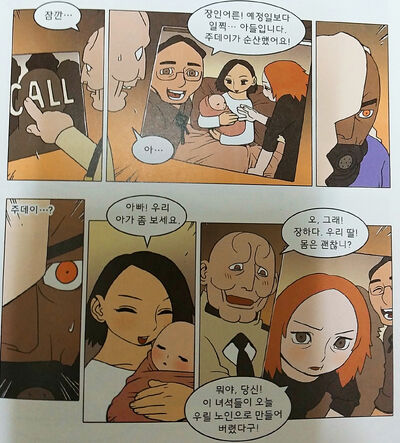 He's very angry when he see Mirael and May are communicate Weygun. But Weygun says Mirael was his in the first place. And Hardok were the one who stole her from him. Staff captain likes to be very honest, knowing Captain Hardok is found from Carlburn prison. Cell already programmed armed robots to malfunction in prison. Then she finds Hardok and asks him if he knows Hicks. And Denma exchange the gag with the package.

17 years ago, Hardok and Weygun are policeman of Carlburn. They were on a rescue mission, to a non-member planet of the U.C.S. of the 8th universe. The war between Kadesh and Barnea ended in the in a huge victory for Kadesh. The slaughtering and looting by the victor was so brutal that it became a U.C.S. agenda. The U.C.S. knew its limits in mediating and intervening, so their solution was to have Kadesh pay off their planetary debt by selling Barnean captives. But the U.C.S. member planets didn't show much interest in such humanitarian approach. Some missionaries were just in it for the Kadeshian festivals celebrating its victory. The congressmen of Carlburn were no different. They left their mission in the hands of their bodyguards. The actual situation for the Barnean captives were much worse than of what Hitcher Greg have heard. Old, young, male or female, they were bound to be enslaved and abused to death. Kadeshian extremists attack to Turtle ship No.8956. There were Hitcher Greg and Weygun, the refugee children of the Turtleship, and the congressmen of Carlburn. The accident killed congressmen of Carlburn. But The refugee children of the Turtleship managed to settle Carlburn. Denma says to Cell put me through the Avatar and complains about his circumstances. Cell connected to the Avatar again and she connects him to Hicks. Hicks says that he's one of the refugee children of the Turtle ship No,8956, from 17 years ago.

Hicks says they never imagined Hardok's situation would be so horrible. Recently, Father Doowon of the refugee camp, their savior, has passed away. His last words were to find Hardok and thanks him. So, they moved heaven and earth to find Hardok. And they've learned that Hardok had to leave Carlburn and his family after the Turtleship incident because of them, they're all very grateful and incredibly sorry for Hardok. Thanks to Hardok, they managed to settle in Carlburn. Each and every one of them living a fulfilling life, as modest yet proud member of society of Carlburn. Fortunately, they still have a 1 week window before Hardok's execution.

Carlburn uses the integrated planetary system, and so, all intra-planetary administrative works get its staff arranged by the bureau of personnel on a case-by-case basis. Hicks work in the I.T. section of the administrative department of the bureau of personnel. Hicks assigning the refugee children of the Turtleship as Hardok's execution staff. Eric, the brightest of them, currently works in the chemical department of the police bureau. He'll inject Hardok a special drug to make him look dead for about a half-day period. Usually after the execution, undertakers extract internal organs from the corpse. Little Tommy is a mortician well-known for his fluid undertaking and death-care. Judelaw, who will carry Hardok to his safety, is a hard working driver with aspirations of becoming a space delivery man. Cajun is a hairdresser and a stylist, who show off his art and craft Hardok's new look. Miru works as a clerk recorder at the district office, and is always known as the golden smiled staffer of the year. Now that's a smile that can erase a man and also create a man. If Hardok have preferred name, just let Hicks know. Nail, the self-claimed most eligible wife material, works in the I.T. of the central bank. Soon, she'll get married to Jewoo in the tax services. These soon-to-be newlyweds will get Hardok the credit his new alias needs. Jiwon in health servicesis in, and hacker Woods will help everyone by eliminating any technical hurdle. Hardok changes his name to Edome. Edome should stop by planet Terra instead of going directly to Recca. It'll be better for Edome's immigration records. Hardok asks Hicks to do him a favor.

A week later, Weygun drinks alcohol at the bar, and he feel like shit he took care of this long-time scourge today but he feel more and more like crap even after Hitcher Greg's death, so he disbosom to just a passing by ghost. passing by ghost tells he've lost everything when Weygun disclosed the Turtleship's black box that they promised to keep between them. As a consequence, passing by ghost had to get divorced and leave Carlburn to protect his wife and child. Weygun talks it's all passing by ghost fault, he forgot his place and played the role of a damn hero. And if Weygun didn't disclose the data, that would've meant the end of the whole Turtleship crew. They all had their families to feed. Passing by ghost thanks to Weygun because he looking after May and Mirael. Then Weygun is passed out. And that so called "Passing by ghost" just paid for his drinks.

Staff captain seeks to inherit the captain's position naturally, lamenting captain Hardok. At this time, Captain Hardok is back and brings Min-G. She here to give a small concert to celebrate captain's birthday. Then Hardok is retire from captain. 3 months later, Edome works as a milk delivery man on the planet Terra and becomes a orphans' sponsor. The next day, he takes a photo with the refugee children of the Turtleship and Edoms who came to him.

Appearances in Other Media[edit | edit source] 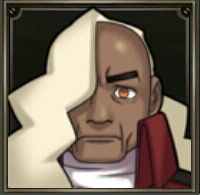 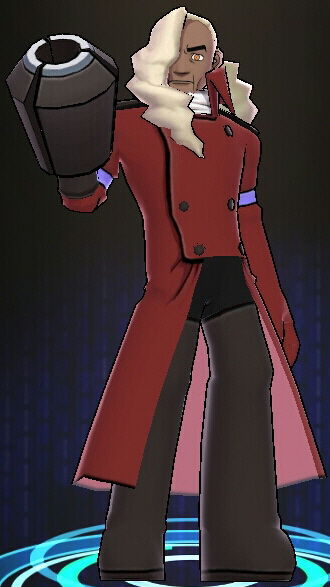 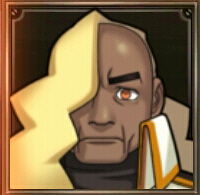 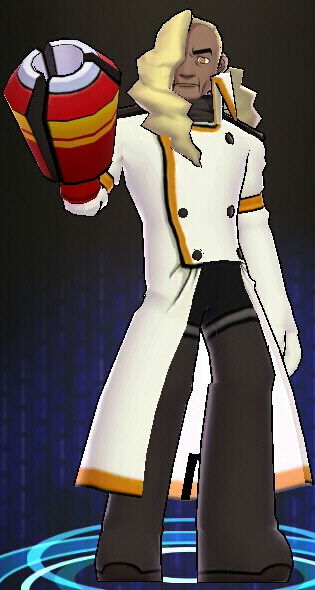 Captain of the Edoms. He was once a police officer, but he became a pirate after escaping. He always misses his family.

In Denma with NAVER WEBTOON, Hardok is playable character.

Retrieved from "https://denma.fandom.com/wiki/Hardok?oldid=14356"
Community content is available under CC-BY-SA unless otherwise noted.