Guido (기두, Gidu) is a character in Denma.

He's one of Apple's leaders.

Edrei is his supervisor of D-3 in Silverquick. So he revealed For Supervisor Edrei.

In God's Lover (10), Jet says to him that Denma found another Ephraimite Quanx, except he doesn't remember a thing due to his concussion. Then Jet says if the recent blackouts were caused by Quanx, their ability which is the same as that of Crying Daddy, will help them complete their plan. He says he'll tell Apple members to keep their eyes on it.

In 16. A.E. (1-1), he says to Jet that he called him back in because he got a report right before departure when he told the Apple members to find Ephraimite Quanx, it said that there was a witness by chance and their schedule is confirmed, and he doesn't looks well. Jet says his both arms are broken. He says now he's really leaving.

Ivory hair says to Jet that he told him to tell him this first that he thinks he has found the Ephraimite Quanx and he heard someone screaming so he went ahead to see what was going on and he confirmed it from the video. Ivory hair shows the video. In the video, Eunguy pinching Arcel everywhere.

He calls Denma. He says he found a very special item today so if he call him his big brother, he'll give it to him. Denma says he did call him just to tell him that, and he tries to hang the phone. He glares, so Denma calls him to big brother and receives the guide for a game, and hangs the phone. Denma sees the coding and surprises that he found the Ephraimite Quanx that he mentioned, and wonders this is what Jet told him at the nurse's office. Denma thinks the redhead assistant kid called Arcel and he doesn't remember so maybe Silverquick really deleted his memory.

In Kuan's Fridge (1), Jet calls Denma. Jet suggests that he introduces a new member in Apple. Jet shows Randolph in hologram, and says he heard that there're three spots available at the old man's place so all the Apple members seem to be on board with this. But Denma is against it because it's too sudden, and it's not like there's any special reason to let him in, and once Apple let someone into their organization, they can't kick them out, and besides, Yahwah won't let them have any more recruits, so they need to be a bit more careful when they recruit a new guy. Jet says Denma is against it but the majority is in favor anyway and he says goodbye and hangs up. Denma thinks it's weird to everyone in Apple was on board with this, so he asks them. He says he has never heard of any new member. The other Apple members include Eyebrow hair, Amethystine eyes are also say that they never heard of any new recruits. Denma doubts why would Jet lie to him just to recruit a total stranger to Apple.

Jet tries to talk, but Arcel runs away. Jet thinks he'll let Guido or Denma deal with this. At this time, Ringed Baldhead, he calls Jet. He says Denma just called, and he asks what's this about a new member and what does Jet mean everyone is on board with it because no one else had heard about this including him. Jet says they're using sign language, so he thinks there must've been some misunderstanding. Jet says he didn't mean Apple members had agreed to it, and what he meant to say was that he was gonna ask him for his consent. He asks who's it.

In 15. A.E. (3-2), 7 months later, the leaders made an encrypted document and put on Gosan because it looks like they're trying to use him to protect them after they escape. Dike and he come to Gosan. He's Teleporting Quanx. 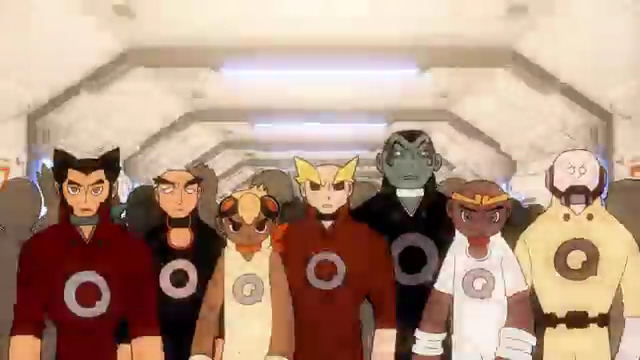 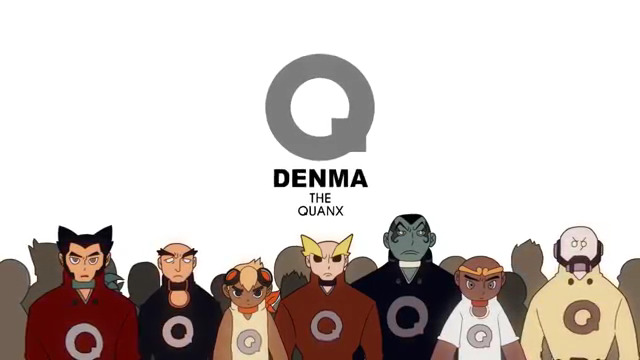 In Denma with NAVER WEBTOON, Ringed Baldhead appears in the video.

Retrieved from "https://denma.fandom.com/wiki/Guido?oldid=14408"
Community content is available under CC-BY-SA unless otherwise noted.