Eve (episode) have come out of this setting in detail.

They're customized android with both intelligence and emotion. They're property of Silverquick, an intergalactic courier service. They're feminine.

They're initially all produced in equal size and shapes, but they're made of adaptive forms. Meaning, their looks adapt and change according to their masters. From what Cell have seen, Eve's that serve unemotional and hard-nosed masters tend to look sharper while ones that serve warm-hearted and sentimental masters tend to look more round like her. But Cell's appearance doesn't match the personality of Denma. And Jet's Eve, Bon's look is round. From this point of view, this theory seems to be wrong. Cell isn't sure how exactly their size and shapes are reflected by attributes of their masters, but their looks can vary as widely as their master's personalities. Cell wonders whether their height determined by their master's bragging.

They're designed for indoors, so if they get exposed to sunlight, they spontaneously combust. So they control Avatars from outside, or go around in protective clothing.

Their main duty is to assist their masters complete their client's request without problems. Besides that we clean, cook, wash, pick up their master's dead bodies in case of work mishaps, and et cetera. They do anything to please their masters as a complete package of management and entertainment or more like a slave.

There's just this one thing, they have this chronic problem when they communicate with their masters it's their emotional expression. For some reason, their creator Dr. Yahwah programmed into them all available human emotions in the universe, yet didn't separate the expressive function of sorrow from joy. So, their masters can't distinguish whether their are laughing or crying. Of course, Eves can figure out each other's emotions through their eyes and antennae.

In A Catnap (5), the Emotion transferring bot appears. Jay and Rami take out the pads together, then he selects the avatar icon. The avatar icons resemble them, and one avatar resembles the earliest her shape.

The assist-bots can be disposed of only at their masters discretion. So, fulfill Quanx deliverers contract while taking out their rage on disposable Eves.

The rushing sense of freedom upon take-off usually marks the hour Eves become their masters' toys.

When they've lost their master, they go to the recyclable room. 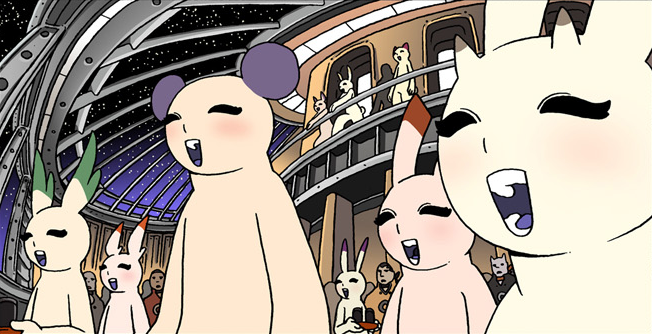 After Yahwah had a dream, she sheds tear. They're laugh. The Quanx deliverers seem surprised or embarrassed to see their look. Edrei had something like this before.

In Kuan's Fridge, an Eve is appears who's the left eye is dug, the left ear and right hand are clipped. 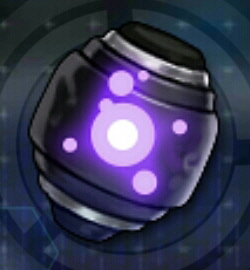 Denma finds this inside Eve in Kuan's Fridge's head. Denma keeps it because it might come in handy later. It's Eve's artificial brain nerve component, and it worked as their brain. 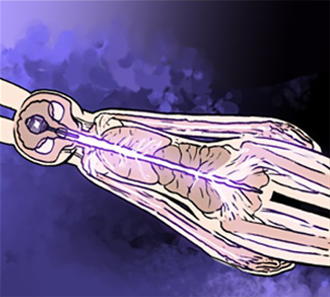 This would project the body map that determines the Eve's shape onto this lump of jelly, which is presumably Numen composite, the so-called skin of god, then it'll reconstruct the inside of the body such as bones, organs and nerve systems according to the pre-inserted blueprint, mimicking the structure of a living organism, it metabolizes just like a living organism, and when it sustains critical damage, its systems are shut down and the inside goes back to its original jelly state, so what they're looking at is probably a bio-replica android.

In Kuan's Fridge, another Eves appear and go somewhere. They're Eves who lost their masters, and maybe they're scavenging for food.

In Denma with NAVER WEBTOON, Cell, Bon, and the character that exists only in this game, Andante (안단테, Andante) are playable character. 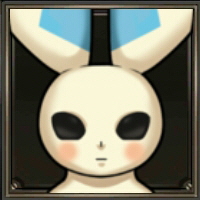 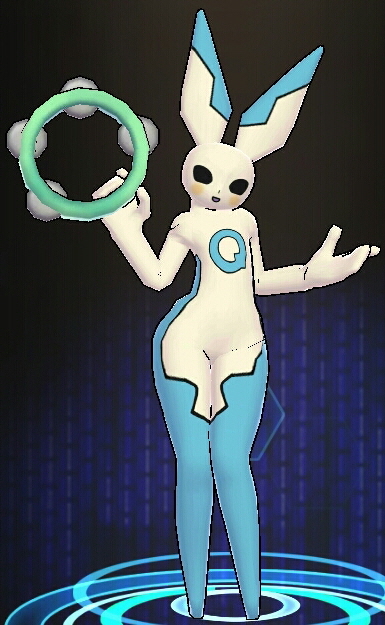 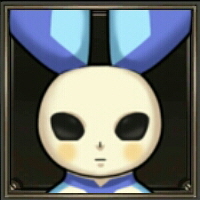 The customized android with intelligence and emotion called Eve. The appearance changes according to the master.

Retrieved from "https://denma.fandom.com/wiki/Eve?oldid=13851"
Community content is available under CC-BY-SA unless otherwise noted.