As long as user have the coordinates in user's head, the user can replace the equivalent mass of one thing, with another.

In A Catnap (60), Kaiser wears uniform which is like Dike's uniform, and he also wears a wristlet like Dike. This wristlet can substitute something by matches the mass with some metals in this.

In Savoy Gaal (9) - Ch.57, it can substitute a brain with another substance, thus killing the victim.

Denma says if this skill gets developed it will revolutionize the space logistics industry so this tech in his hand, it's more like Silver can't, no wonder Savoys go all nuts and savage for his capture. Gaal thinks it'll hit jackpot if it gets developed, and this is exactly the power that Pentagons chased after day and night, and all his previous targets were pennies compared to Dike. 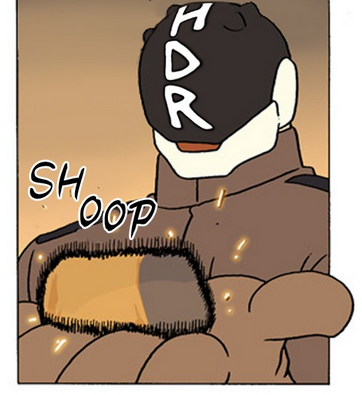 In God's Lover (5), Hador uses this ability of chocolate bar to blow a female soldier's button. 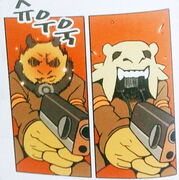 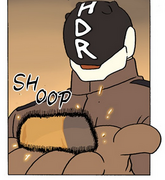 God's Lover (5)
Add a photo to this gallery
Retrieved from "https://denma.fandom.com/wiki/Equivalent_Mass_Exchange?oldid=13286"
Community content is available under CC-BY-SA unless otherwise noted.