This is first mentioned in Blackout (2).

The word Ephraimite comes from Tribe of Ephraim. 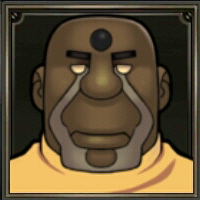 They're commonly have a spot on the foreheads. And they have dark skin and yellow eyes. They have gray tear-shaped tattoos on around their eyes.

Ephraimite Quanx's body can release an enormous wave of electromagnetic energy when in extreme anger or sadness.

Unlike the other Quanx, they're black with a border-broken shape which is measured by the Georg filter. Gaal sees this and his junior Savoys are lose all electric gears, and change into machine. And Gaal thinks he's the only one here who has an experience with Ephraimite Quanx, and the booster gun made by Mirai is free from electromagnetic pulse.

Yahwah is included Ephraimite Quanx in the missions even though the Academy of Science were done with their study.

Jet says to Ringed Baldhead that Denma found another Ephraimite Quanx, except he doesn't remember a thing due to his concussion. Then Jet says if the recent blackouts were caused by Quanx, their ability which is the same as that of Crying Daddy, will help them complete their plan. Ringed baldhead says he'll tell Apple |members to keep their eyes on it.

Ringed Baldhead says to Jet that he called him back in because he got a report right before departure when he told the Apple members to find Ephraimite Quanx, it said that there was a witness by chance and their schedule is confirmed, and now he's really leaving. Jet thinks he has to capture Randolph before anyone else does, and he's tight up with Ephraimite. Eventually, Eunguy approaches Arcel. Ivory hair watches this. Arcel uses his ability. This scene is recorded. When Jet is washing his hand in the toilet, he sees the temporarily blackout and he's curious. Ivory hair says to Jet that the Ringed baldhead told him to tell him this first that he thinks he has found the Ephraimite Quanx and he heard someone screaming so he went ahead to see what was going on and he confirmed it from the video. Ivory hair shows the video. In the video, Eunguy pinching Arcel everywhere.

Yahwah thinks his main body had to go through the most untimely mind map reading, and the Internal Affairs must've realized his mind map was way off course from the church simulation and they probably found out that he included Epraimite Quanx on the hunting list even after the Quanx was done analyzed, and they must've taken appropriate measures about that forearm manufacturer by now, and from all this information, the first thing they'll expect him to do is to use this weapon that can attack the Transcriptome, and they'll think that he'll leak the information to the resistance within the company, in the advent of a riot by those Quanxs equipped with highly advanced weaponry, he'll have to invoke the Adam's Night again to find his real body.

Jet thinks now that an Ephraimite Quanx is found, he doesn't have a second to waste, and he need to recruit him right away, and he forgot he had to ask him something else about his foggy memories. Jet sees Arcel, and he thinks he looks so tense. Jet tries to talk, but Arcel runs away. Jet thinks he'll let Guido or Denma deal with this.

She appeared in 5. A.E. (2). She's Arcel's real identity. She's pronounced 'edel' as we known it. But Ithel / Edel is pronounced 'idel'. She'll make an excellent sample. She just arrived to Silverquick in the body of a boy named Arcel. Thanks to the Neuro-scanner, Silverquick is now able to control the black out phenomenon in station 7. 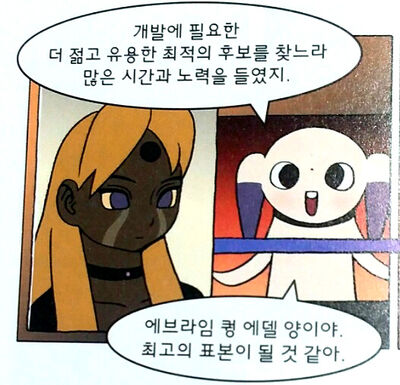 But in the volume, her purple irises are appeared.

Retrieved from "https://denma.fandom.com/wiki/Ephraimite?oldid=11992"
Community content is available under CC-BY-SA unless otherwise noted.